I was born in upstate New York in 1962. Moved to FL at the age of 14. I seen my older brother play a little riff on an acoustic and thought hey, I wanna do that. I learned “Smoke on The Water” to impress the girls and it worked! Lol. The rest is history. I continued to play a little bit off and on, then my friend (now my brother-in-law) talked me into getting a band together so we could learn from each other. The first bar gig I did as a band, not sitting in with someone, (did that a lot back then) was at the age of 27. I have been with multiple bands…Blackwater Knights, MRJJ, Noisy Neighbors, Buster Cherry, Nature’s Classroom, Raging River, and then some. I finally decided to break out and control my own destiny. “Shorty Magoo” was born due to a last minute gig that came up in a night club in Ybor City. My friend helped me with this name, it was a joke at first but it stuck. I went on to making and recording my first CD, (with the help of a few others of course) and continued the circuit for a good while, with the unusual ups and downs.  I recorded another CD with “50 Years Of Sin” which was released last year. Currently, I’m looking to do another one real soon. In the makings as we speak. 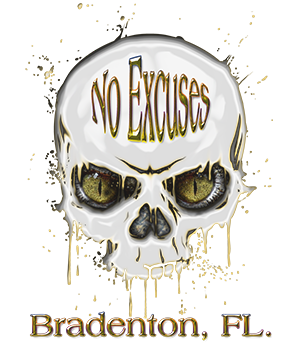